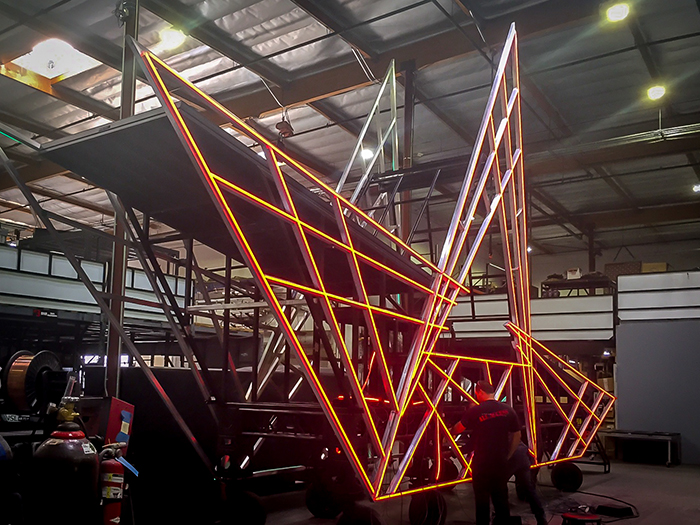 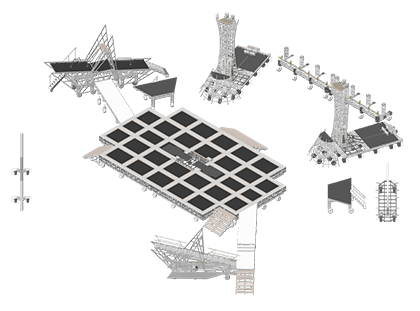 All Access was honored to yet again provide the custom set and staging for the show. The set’s key elements included the main stage, two towers, three types of stars (Gaga’s stairs, dancer platform, and two facades), a piano dome, and a stage lift.

Similarly to previous years, the All Access team had to work around unique conditions from a construction standpoint, such as designing a massive set that can be assembled in a limited time frame (less than 7 minutes!) in a football stadium, no less. The two enormous 30-foot custom towers were designed to be raised and lowered on carts to fit through the stadium tunnels.

This year’s halftime show stage was also special because the team had only 4.5 weeks to build an exceptionally large set (the stage alone was transported by 17 semi trucks).

Our team also integrated more than 5,000 feet of LED tape into the set, a record amount used in any show by All Access.