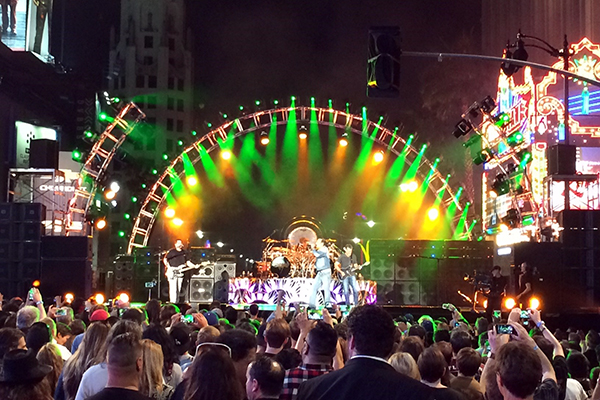 Van Halen performed on US television for the first time ever with original frontman David Lee Roth. Van Halen shut down Hollywood Boulevard to perform on Jimmy Kimmel Live! to promote the band’s new album and upcoming North American tour. The performance was broadcasted in two parts on March 30 and March 31.

All Access has a long history with Van Halen and was honored to participate in another landmark event. All Access provided the custom set, including the main performance stage, truss arch, and band risers with custom scenic elements.

On April 2 the band continued their promo tour with a performance on The Ellen DeGeneres Show. Van Halen released its new album Tokyo Dome Live in Concert on March 31 and kicks off its North American tour on July 5 in Seattle.